Visit the blessed spots, reviving the symbolism of the holy journey and its message of  goodwill to all men!

Arrival Cairo
Our Representative will meet and assist you at Cairo International Airport and then he will escort you to the hotel by air-conditioned deluxe vehicle. At hotel our Rep. will assist with a smooth check-in and review your holiday itinerary with you to establish and confirm pick-up times for each tour. Overnight in Cairo.

After breakfast you will be accompanied by your personal guide to start the Holy Family Journey in Egypt, your first stop will be at the town of Babastis; It is now known as Tel-Basta, about 100 Kms north-east of Cairo, there Jesus gushed forth a spring of water to drink, you will visit the holy well, then you will visit Belbeis (ancient Philippos). The Holy Family made their way north-eastwards to Belbeis at a distance of about 55 kms from Cairo. They rested there in the shade of a tree which came to be called, “The Virgin Mary’s Tree’ at its place you there are Saint George Church, which you will visit and then back to Cairo. Lunch at Local restaurant back to your hotel. Overnight in Cairo.

Breakfast in Cairo, then you will enjoy the trip to Sakha about 140 Km North of Cairo, you will visit Virgin Mary Church, a place renowned for its Christian community in the Middle Ages. Also you will see the foot print of Jesus Christ. Then to Samanoud where the holy family crossed the River Nile to the city of Samanoud inside the Delta and they were received by its people in a pleasant way, and so the people were blessed by Jesus Christ. There you will visit Saint Abanoub Church. There is also, a holy well where the holy family had drunk from it. Back to Cairo and overnight .

After breakfast you will be accompanied by your personal guide to visit Wadi Natroun a desert area said to have been blessed by the Christ. The Holy Family crossed the western branch of the river Nile (Rosetta branch) to the south to Wadi AL-Natrun. According to tradition the Virgin Mary and her son the child Jesus Christ, hid in that valley during their trip to Egypt, and Jesus Christ blessed the four directions of the valley. Wadi Al- Natroun is considered one of the most famous valleys in Egypt. It is considered the home of asceticism and worship, with four monasteries still existing today. Begin your trip with Deir El-Baramus which is the oldest of the surviving 4 monasteries, and in many ways the most isolated, then proceeds to Deir Anba Bishoy whose body is still in the monastery. Abu Makar Monastery. You will end your trip with Deir El-Suryani which is the smallest and most compact of the 4 monasteries. Lunch during your way back to Cairo. Overnight in Cairo.

Breakfast at your hotel in Cairo, you will be accompanied by your personal guide to visit Cairo churches, start by The Hanging Church and St. Sergius, then continue to see the Church of St. George as well as the Fortress of Babylon in Old Cairo, which the Holy Family passed by, transfer to Mostorod to see virgin Mary Church, visit the Holy well and Holly Marry tree at Matariya on the outskirts of Cairo, a well-attested resting place of the Holy Family and a popular destination among medieval pilgrims. Lunch at local restaurant. Overnight Cairo

Breakfast at your hotel, then you will enjoy the holy Family Trip to South Egypt. The Holy Family moved to the south in a boat on the River Nile at a place where the church of Holy Virgin Mary now lies at Maadi. Many visitors go to this church to see the book this may be a sign that the Holy Family had passed by that place of the church. The Holy Family travelled in a boat on the Nile from this place towards the south (Upper Egypt). You will transfer south to EL Minya about 3 hours, see the beautiful church hewn out of the cliff beside the river at Gabal El-Teir in Minya. Overnight in Minya.

Breakfast at your hotel in Minya and enjoy your trip to the Monastery of Al-Muharrak in Assiut (Which is known as the Monastery of the Holy Virgin at Al Qusiya). It was built around the area where the Holy Family remained just over 6 months. Their time was spent mainly in a cave which became, in the Coptic era, the altar of the Church of Virgin Mary. End of Holy family route, drive back to Cairo, transfer to your hotel and Overnight in Cairo.

Breakfast at the hotel in Cairo – check out and then transfer to Cairo Airport for final departure.

The movie Journey of the Holy Family portrays the settlement of the blessed family in many places starting from Raphia (Rafah) Continuing for another 44 kilometres, beyond Raphia, and after almost two days of traveling, the mother and child reach Wadi Al-Arish, a point at which they are safe enough to obtain food and shelter.

The holy family continued on its trip to the Nile Delta, stopping at the city of Musturod, only 10 kilometres from Cairo. “The Virgin Lady”, a 12th century church, was found in the city.

Al-Mataraya district near Ein Shams (Old Heliopolis). They find shade under a sycamore tree that came to be known as “Mariam’s Tree,” which has evolved into an engrossing attraction for religious tourists.

The holy “Mayron oil,” or the “Chrism,” is nowadays prepared from the oil of the tree. An ancient church was built in the area by the name of “The Virgin Mary” and is visited by people to this day.

Paintings can be found inside the church, including maps of the holy family’s journey, as well as a statue of Jesus and his blessed mother guarded by Joseph the Carpenter.

The holy family moved on to “Old Egypt” (Al-Fustaat) where they dwelled for a short time in a cave in Abi Serja’s Church, within the walls of the Roman Babylon fortress. “The cave is about 20 feet tall, 15 feet wide and does not have any windows.

After leaving Al-Fustaat, they moved to Maadi district and settled at the location where the Virgin Mary Monastery and church were later built by the Nile. 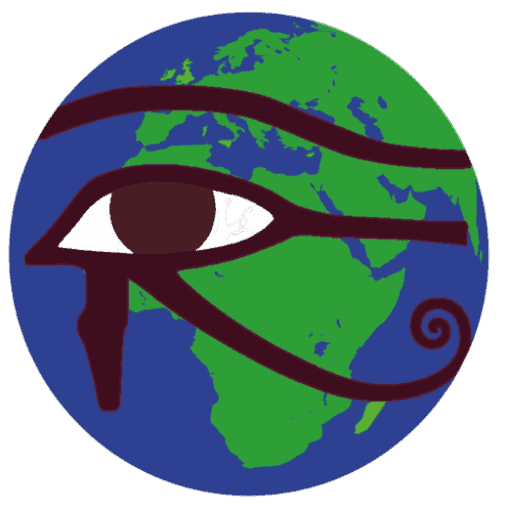